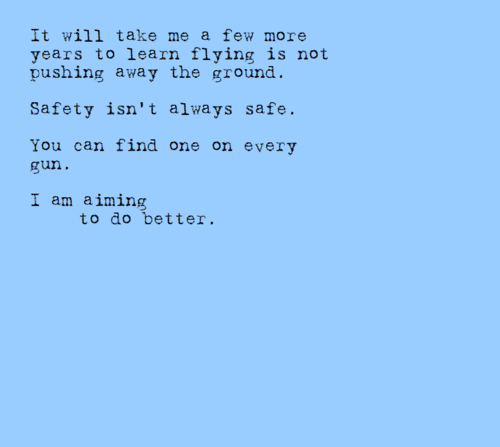 Spoken word poetry (specifically by Andrea Gibson) is one of my greatest influences in my writing. I’ve been a fan of Gibson for years. Gibsons’ poems are my number 1 favourite purely because of the emotion, the shaking voice, the honesty of it all. Aside from the spoken part, the writing is absolutely chilling. With metaphors I never would imagine. My feet enter Gibson’s shoes each time I listen.

You could say Gibson is my favourite spoken word poet, but that wouldn’t be giving them enough  credit. Gibson advocates for LGTBQ+ people. They advocate for equality and for love and mental health. They are the purest form of art I have heard so far.

Here are my top 3 favourite poems by Gibson in order.