I have been an avid coffee drinking since I was a teen. It started with iced caps and other drinks pumped with sugar and slowly as I realized how bad those are for you, I converted to stronger coffee with a splash of milk vs 10 creams and 5 sugars.

Throughout 4 years of college my coffee dependance only grew stronger. At times I was mindlessly consuming nearly 5 cups daily and wondering why my hands wouldn’t stop shaking and my heart was pumping 1,000 miles a minute.

I not only needed coffee to stay awake and alert during lectures, study times and commutes. I needed coffee as a constant security blanket. Coffee gave me more than just a buzz, it gave me a reason so socialize, a distraction and something warm to fill the consumerist void.

It wasn’t until last year, after drinking coffee religiously for over 10 years, that I noticed a dramatic difference in the way it affected my body and mind. I started having more frequent panic attacks in 2016. I wasn’t sure if it was due to the transition of being a student to a professional, or if it was something else. It took me nearly a year of continuing to consume copious amounts of coffee to realize that coffee was the leading cause of my panic attacks and relentless anxiety.

I have been almost coffee free for 1 month now. I started experimenting with exactly how much coffee my body could handle before the anxiety set in. My magic coffee number is 1 cup of half caf. coffee per day and 1 additional decaf coffee before 2:00 p.m.

SO- Here’s what happened to my body and mind when I stopped drinking so much coffee:

If those aren’t good reasons to quit/limit coffee, I don’t know what are. I’m not saying you can’t enjoy a good ol’ cup a joe. Just be mindful of the effects it can have on you. 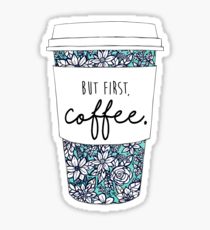 2 thoughts on “What Happened When I Stopped Drinking so Much Coffee?”